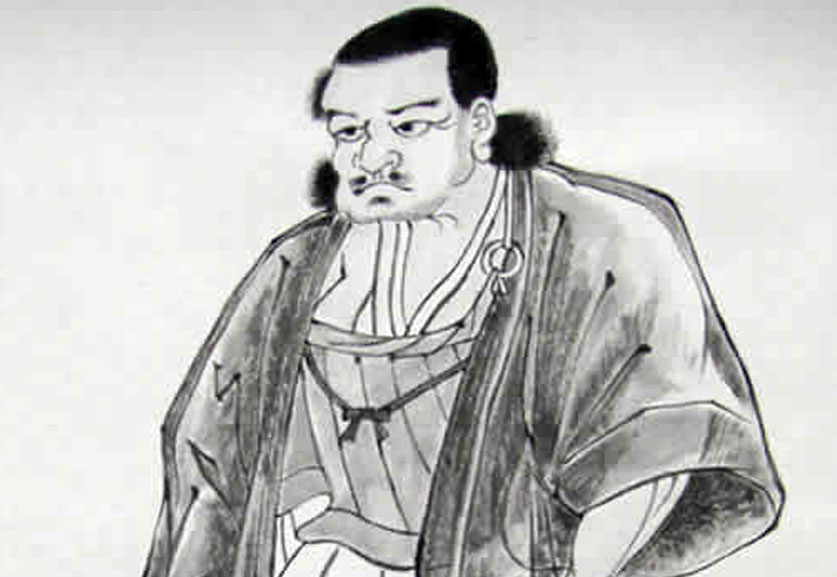 About your local koryū dōjō

About me (your instructor)

It all started for me back in the 1980’s I was in my first year of high school and I was bullied and beaten, a teacher even chose to beat me as well as, I remember the pain as he drove his knee into my rib cage. Karate was taught after school, as a shit scared kid I plucked up the courage to walk in the lesson, only to see every person that wanted me dead in the room, my karate days ended as soon as they started. I was eleven years old, every kid at school hated me because I won a fight that esculated into a gang of dick’s wanting to eventually stab me. So I left that school, I would like to thank every single boy for what they did to me as I have pushed myself to do better at everything I do. Needless to say I left that school for another in a matter of months.

For my fourteenth birthday my father gave me a ninja sword, if there was one thing I wanted more than losing my virginity at that age, it was a ninja sword. Every video shop had a poster of a ninja movie in the 1980’s. It took pride among my stash of ninja stars, throwing knives, machete, blow guns and whatever else I had stashed in my bedroom.

Back in those days it was normal for kids to have knives and own swords, I was even allowed to make a sword in metal work at my high school. Needless to say, without the correct tuition I murdered as many bushes in my parents garden as possible.

After attending a mix martial arts club throughout my teens, I steered towards the dark side and I began training in ninjutsu in my early twenties. Firstly with the Fuma ryu stuff that imploded and vanished, then through Shinobi kai and the Bujinkan and also the Genbukan schools of ninjutsu. there was always something missing in ninjustu for me and after nearly fifteen years of floating between ninjutsu dōjō across the U.K. i started training in iaidō at the same time. There was something to iaido that I just fell in love with.

I met Yasuyuki Otsuka the current Soke (grandmaster) of Meifu Shinkage ryū. I am now the head of Essex for this purely weapons based martial art, and if you are interested in learning shuriken please read below.

It has been over a decade since I began my journey through iaidō, and I am always learning. You really must understand that this little section is not about me, I have only explained my journey and how I got here, this really is about YOU. You have got this far by reading my waffle and this is the start of your journey, your next step is walking through the door and simply meeting a small group of people who are about to become your friends for the years to come.

Mugai ryu is a genuine Japanese koryū martial art which was founded in 1680 by Tsuji Gettan Sukemochi. Historical records show that Tsuji Gettan had 32 daimyō as his personal students. This is something never heard of in old Japan. The daimyō were powerful Japanese feudal lords, until their decline in the early Meiji period. They ruled most of Japan from their vast, hereditary land holdings. All daimyō were subordinate and reported directly to the shogun.

This earned Tsuji Gettan favour among the then Shogun, Tokugawa Tsunayoshi, who was the fifth shōgun in the Tokugawa dynasty of Japan and the great-grandson of the famous Tokugawa Ieyasu. Eventually Mugai-ryū became the sword style adopted by most of the daimyō for their samurai to master as well as the Shogun bodyguard themselves.

The word iai has the idea of facing an opponent that is attacking you. There is a slightly defensive nuance to this word. These arts start with the sword in the saya (sheath). Alternatively, it is called Battōdō or Battōjutsu. Battō is pulling out/drawing the sword.

In iaijutsu the techniques are centred on responding to an aggressor while your sword is in its saya, or deploying the sword to act aggressively. There are some common main components to iaijutsu such as nukitsuke, kiriotoshi, chiburi and nōtō. The art of iaijutsu is commonly known around the world as iaidō. The question often asked is are iaidō and iaijutsu the same?

Iaidō and Iaijutsu refer to the art of drawing the sword in an attack or defence. The first difference to note is the semantic differences between dō and jutsu. Dō or michi has the connotation of character refinement and spiritual training. In arts that use the word dō as their suffix, the main ideas are character refinement and aesthetics and generally not combative aspects. Jutsu means art or technique. The styles usually using jutsu as their suffix are more concerned with combat effectiveness as their goal.

The difference between dō and jutsu can be seen as semantics. People sometimes argue over something like Judō or Iaidō having decent martial applications. The changes in names from Jujutsu to Judō, however, do have ramifications in the way the art was developed beyond its original intent as a dependable battlefield or warrior skill.

The dō systems are sometimes wrongly looked at as inferior to the jutsu forms. Kendō while limited in its teachings for sword combat does hold its own place in the ranks of sword arts from Japan. It is not helpful to dismiss such a school as unworthy of swordsmanship training. Do not let the dō suffix always fool you into thinking the techniques are substandard. Furthermorel jutsu schools can also contain strong points of spiritual refinement and character development. So this idea between the difference of dō and jutsu can be a little complicated.

To help understand or confuse a little more, Mugai ryu is a kenjutsu school, and it incorporates the long lost Jikyo ryu iai jutsu syllabus. Jikyo ryu was incorporated in the early 1700’s, after the sudden unexpected death of the then Jikyo ryu grandmaster and has remained under the wing of Mugai for almost 300 years.

Iaido originated around the mid-1500’s. Hayashizaki Jinsuke Shigenobu (1542 – 1621) is generally acknowledged as the organizer of what we call iaido today, kenjustu, iaijutsu batto-do and other terms were also commonly used. There were a lot of Kory ū (customary schools-now referred to as traditional/old schools), however just a few authentic Japanese sword schools including Mugai ryū remain today. Most iaido taught today are focused on war seasoned schools created amid sixteenth to seventeenth century whereby the strict kata (forms practiced) have a genuine historical root in history.

What are Koryū and Gendai arts:

Gendai budō, literal meaning “modern budō”, or Shinbudō, meaning “new budō are both terms referring to modern Japanese martial arts, which were established after the Meiji Restoration (1866–1869). Koryū are the opposite of these terms referring to ancient martial arts established before the Meiji Restoration. Using techniques that were genuinely used in battle or duelling. The movie the Last Samurai was based on battles over the Meiji restoration.

Dr. Chikatoshi Someya was a Tenshin Shōden Katori Shintō-ryū teacher and refined many of the shuriken kata, in the late 1960’s he broke away and established Meifu Shinkage ryū, today the current grandmaster is Yasuyuki Otsuka. This style is a Gendai martial art, of which we practice every week.

In 1925, since not all military officers had sufficient background in iaido/kenjutsu to deploy these weapons in combat, a simplified form of sword technique was devised that emphasized the most essential points of drawing and cutting. The army iai-battō kata differ from those of many koryū (very old) schools in that all techniques are practised from a standing position. Also, this modern ryū has a strong emphasis on tameshigiri, or “test-cutting “ – something required to be practiced before live combat. For more information on Mugai ryu please view our History page.

Our small and friendly dōjō offers everyone the chance to learn genuine koryū budo arts, a legitimate dojo registered in the Dai Nippon Iaido Kyokai and the *Dai Nippon Butoku Kai both are in Japan. Your martial arts grading certificates are very import, to us and to you which is why when you take your grade it will be registered in hombu dōjō (head dojo in Japan) and your certificate will be sent to us to give to you. This is how all genuine Japanese grades should be done. The top corner will have half a kancho stamp, the other half of the stamp is pressed upon your grade copy and kept in Japan – a permanent historical record of every [erson and their grades are kept. *Dai Nippon Butoku Kai is an optional membership, purely for friendship.

Mugai ryū was founded by Tsuji Gettan Sukemochi in 1680 and specializes in swordsmanship (kenjutsu, iaihyōdō, tameshigiri). One of the characteristics of this school is the focus on cutting iai, which means a strike from a sheath that is capable of cutting (a tatami, rolled straw mat). Currently Mugai ryū Meishi-ha is located in Tokyo, Japan, and the school is led by Niina Toyoaki Gyokudo Soke (17th generation headmaster and successor of the school).

Mugai Ryu today is a fast growing school of traditional iaido with many dojo across Europe.

At the age of 26 he was certified as a teacher of Yamaguchiryu and with the permission of the Edo government he opened a Yamaguchiryu school in the 9th sector of Kojimachi in Edo (old Tokyo). However, no one wanted to study under an unknown sword teacher from the countryside, so only a few students came to learn at his school. At the age of 32 he received a formal poem from one of the Buddhist scriptures of his Zen master as proof of recognition and transmission. Tsuji Gettan Sukemochi used the word Mugai 無外 (“there is nothing outside”) of this poem to represent his sword school.

The founder of Mugairyu, Tsuji Gettan Sukemochi (also known as Heinai) was born in 1648 in what is now Shiga Prefecture. When he was 13 he went to Kyoto to study Yamaguchi Bokushinsai’s Yamaguchi ryu kenjutsu.
After monk Sekitan passed away, Heinai continued his Zen practice under the second chief priest Shinshu, and at the age of 45 achieved enlightenment. Heinai once again took the name Gettan Sukemochi and in 1693 founded Mugai ryu. The name “mugai” was taken from a poem penned by the late Sekitan

“There is nothing other than the One True Way
Heaven and Earth profit from this single Virtue
The fluttering feather knows this secret
To be settled during confusion is to be enlightened and pure”.